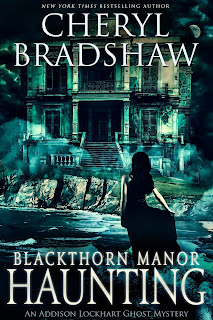 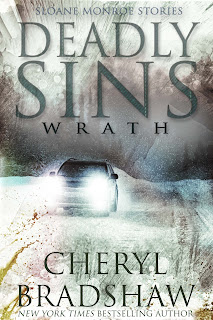 It had been the dinner date from hell, the longest twenty-seven minutes of Madison “Maddie” LaFoe’s life. Before the appetizer had even made its debut, she had come to a decision: she was done with Brandon—completely. A convenient opportunity to escape her current predicament presented itself when he’d scooted his seat back, stood, and said, “You know where the toilet is in this joint?”
The joint Brandon referred to was actually a five-star Italian restaurant in downtown Salt Lake City. And from the moment he’d entered—dressed in a pair of faded jeans, a gray T-shirt with not one but two nickel-sized stains on the front, and filthy, worn tennis shoes—it was clear he didn’t fit in.
Maddie faked a grin and pointed. “The bathroom is around the corner on the left.”
He tipped his head in her direction. “Great, I’ll be right back.”
He tossed his napkin onto the table, pivoted, and walked away, the rubber soles on his shoes squeaking so loudly on the hardwood floor that several patrons of the restaurant flashed disapproving looks his way. He was too busy staring at a painting of wild horses hanging on the back wall to notice.
Take your time, buddy. Take all time you need.
Watching him walk away, Maddie was shocked at how far off the mark her assistant had been when describing him. Her assistant had said Brandon was six-three, muscular, and funny. In reality, his look was oafish and sloppy, his humor dry, his intellect deficient—a far cry from the sophisticated gentlemen she usually dated.
The second he rounded the corner, she’d snatched her handbag off the back of the chair and stood, making a beeline for the front door. In seconds she was outside and free, rid of him forever. She leaned against the building and inhaled a hearty lungful of the city’s brisk winter air.
Never again.
No blind dates.
No blind dates ever again.
She slid a hand inside her pocket, unwrapped a piece of gum, and popped it into her mouth. She walked toward her car, contemplating which of Brandon’s less-than-stellar traits she found more repulsive—his obsession for telling dumb-blonde jokes despite the fact she was a platinum blonde, or the fact he couldn’t make it five minutes without verbally slamming his ex-wife.
The man was a crazy ass.
She cupped a hand over her mouth, giggled.
Crazy ass.
Good nickname.
She clicked her key fob and the car door unlocked, but before she could step inside, a familiar sound echoed from behind.
Squeak, squeak.
Shit.
No.
No, no, no.
Brandon was charging toward her. “Maddie! What the hell! Mind explaining where you’re going?”
Isn’t it obvious? Where does it look like I’m going?
She faced him. “Leaving, Brandon. I’m going home.”
He crossed his arms, tapped a tennis shoe on the ground. “I don’t get it. We were having a great time together. Why?”
She thought about giving him the Look, I’m sorry, you’re a nice guy spiel, but why would she? She wasn’t sorry, and he wasn’t nice.
“We’re not a good match,” she said. “And I don’t see any point wasting your time or mine.”
“So … what? You just decided you’d walk out without saying anything?”
“I planned on texting you when I left.”
He grunted a laugh. “You were going to text me? Wow, because a text would make ditching out on me all better, right?”
His sarcasm gushed like an overflowing dam, and she detected a shift in his eyes. He was embarrassed, but he was also angry.
She opened the car door, said nothing.
He balled his hands into fists, clenching his jaw. “Oh, so you’re done talking now too? Really? You have nothing more to say?”
Civility had never been Maddie’s strong suit, and she was fresh out of decent, appropriate ways to soothe the sting of her rejection. “If you need me to be the jerk in this situation so you can feel better, fine. I’m the jerk. Goodnight, Brandon.”
She ducked inside the car, but was whipped backward when Brandon grabbed her arm and yanked her toward him. He slammed the car door closed and then thrust his body against hers, pinning her between him and the car.
He pressed a finger onto the center of her forehead. “You don’t get to humiliate me and then get in your car and drive away.”
“Back off me, Brandon. Now.”
“Back off me, Brandon,” he mocked. “You girls always think you’re so tough.”
Tough.
He had no idea.
“Last warning,” she said. “Back … off.”
“Or what? Whatcha gonna do?”
Plenty.
She grabbed hold of the back of his T-shirt, bundled it into a cross grip, looped it around until it tightened around his neck, and squeezed, allowing his shock of the chokehold she’d created to settle in before ramming a knee into his groin. He stumbled backward, tripping over himself and falling to the ground. He cupped a hand over his crotch, howling like his private parts had just been severed from his body.
Maddie knelt over him and blew an impressive bubble with her gum, popping it in his face. “It’s called jiu-jitsu if you’re wondering. And if you’re going to keep dating, you need to come to grips with one important fact—women aren’t weak.”
He pressed a hand to the ground, tried to stand up. “You … you!”
She shoved him back down again. “I’m leaving now, and if you’re smart, you won’t try to stop me this time. Oh, and for the record, you were a terrible date.”
CHAPTER TWO

For a limited time pre-order Deadly Sins: Wrath and receive the Till Death do us Part Boxed Set FREE, an exclusive offer only available to Cheryl Bradshaw's email and Facebook subscribers!

STEP TWO: Click on this link and fill out the form to receive your two free novellas! http://bit.ly/2xVjkEJ

Posted by Cheryl Bradshaw at 9:59 PM No comments: 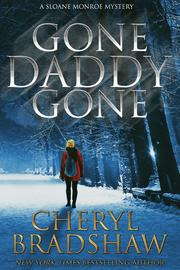 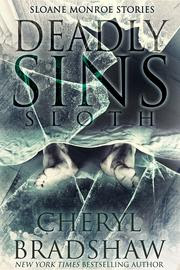 I'D LOVE TO HEAR FROM YOU!